I played the leader of a terrorist organisation in the Divided Land megagame. Divided Land was about the situation in Palestine in 1947, we played from March through to an agreement on partition in August 1947. We then made plans on what would happen when the agreement came into force at 00:01 on 1st January 1948. Predictably there was an Arab invasion….

I was cast as Menachem Begin, the leader of Irgun and a future Prime Minister of Israel. Begin described himself as a terrorist in his autobiography, he made no bones about ensuring a viable Jewish state in the land of Israel. Irgun were extremists, they wanted all of the biblical lands of Israel, including Judea and Samaria (including some of present day Jordan). Begin also blamed the British for not rescuing Jews from the Holocaust by failing to grant visas in sufficient numbers before the war, and failing to act to interdict the railways carrying Jews to be murdered by the Nazis.

Irgun were a breakaway faction and outside the Jewish assembly. The British had a price on Begin’s head of £25,000 (about the same as the US offered for bin Laden). So Irgun are on the outside and hiding. But there are a lot of angry Jews who agree with the view of never again will Jews rely on others for their protection, nor for retaliation against wrongs to the Jewish people.

We started with a brief discussion on policy. We decided that we needed to keep up the pressure on the British, and that we only needed to act against the Arabs in retaliation to attacks on Jews. We had 15 active cells of about 20 people (we recruited women as well as men). We could afford to run half of these every fortnight to give people time to rest between operations. We also needed to find arms and money to sustain operations.

In March 1947 we ran a campaign of bank robberies and also a planned kidnapping of a British Staff officer. The first campaign wasn’t without setbacks, we did do some banks, but some of our guys got arrested. The second was better, we netted an Intelligence Corps Colonel. We decided to pass him on to the Palmach for interrogation because we didn’t have that skillset.

It was about this point that the Jordanians approached us off the record. Through back channels we agreed to work against the Grand Mufti in return for arms and other support. I was suspicious, but the arms were supplied without strings and I had wanted to kill the Grand Mufti anyway.

The British decided almost immediately to reinforce Palestine and started to make arrangements to bring in a Mechanised Brigade. I left my partner in crime to arrange some weapons smuggling from Europe while I went off into Gaza to blow up the railway line and lay an ambush for the repair crews. My thought process here was that if we ambushed them it would increase the impact and make the British deploy more troops on protecting very long lines of communication.

Surprisingly I wasn’t the only one acting against the railway in Gaza. Adherents of the Grand Mufti were also doing the same thing a couple of miles up the track. It also turned out that there were no immediate repair attempts. 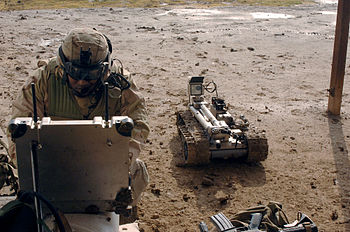