I make a point of reading first hand accounts of special forces operations. I started with world war two tales of the SAS and have worked up to the present time. Since the Bravo Two Zero fiasco I don’t expect much from tales of recent events.

This particular book tells the tale of a Special Boat Service mission in Iraq in 2003. It suffers a bit from excessive hypebole, presumably to garner sales. However it is actually very readable, and although much of the outcome is telepgrahed in advance the way it’s done is through a good hook to keep you reading to find out the detail of how/what happens. Well before all the debates in Parliament in 2003 M Squadron SBS were training up for their mission, changing their role from maritime operations to being vehicle borne. They then went into Iraq just before the air war started in 2003 with an attempt to contact a major Iraqui army formation to persuade it to surrender.

You know when you start to read it that the mission isn’t going to go well. In fact without even knowing anything about it I picked up that it must have gone horribly wrong. However I also knew that it couldn’t have gone that far wrong, because otherwise I probably would have heard about it since I have an interest in current affairs and military operations.

The story follows the perspective of one SBS Sergeant who was the lead navigator for most of the mission. Mainly it focusses on what he sees, and the actions of his three man vehicle crew. On the whole it is an interesting narrative and it gripped me enough to read longer than I normally do.

There’s a clear thread running through it of the forebodings, that may well have been how the central character felt, but are laboured to the extent that it comes across as 20:20 hindsight. There are also some rather strained references to Bravo Two Zero and the similarities with that patrol (both seem to have been compromised because they refused to shoot a child goat herder). That doesn’t really wash with me because the goat incident in Bravo Two Zero wasn’t repeated in the other books about the patrol and The Real “Bravo Two Zero” gives another version of events (apparently two Iraqui veterans of the Iran-Iraq War spotted the patrol, not a child goat herder).

Despite this I still think it’s worth a read, especially if you get it for the knock down price of 99p as I did.

This is the third post on my Operational Research driven wargame rules (and it’s probably about time that I came up with a catchy name for them, ideas in the comments section most welcome).

One of the most unrealistic things I find in most commercial wargames that I have read or played is that it is very easy for players to change their plans and give new orders to their troops every turn.Â This is so common that there’s even a name for it, the 200ft General.

What is the Problem?

The concept being that the player is like a General with perfect perception and control of his troops, and he can react to things that they aren’t yet aware of because the player can see the models on the table.

Here are a couple of relevant quotes from the Operational Research that demonstrate why this is a problem.

“a detailed, well-rehearsed plan blocks acceptance of the quick orders rattled out over the radio ten minutes before an attack starts. This mix of friction and mental block can be seen to play a part in nearly half of all mission failures.” Murray in Brains & Bullets

“complicated plans were much more likely to fail.” Murray in Brains & Bullets

So this gives a constraint to the game design. A successful OR driven wargame will ensure that it isn’t easy to change orders and that the more complicated a plan is the more likely it will be to fail.

This isn’t a new problem, many wargame designers have grappled with it over the decades that wargaming has been popular. Lots of games have mechanisms of one sort or another to counteract this, ranging from hidden movement and deployment through to complex activation systems. All of these have problems, but at least they’re trying to solve the core problem of limiting player decisions to those that are reasonable for a commander on the ground.

I think that a good solution would be streamlined and easy to implement by players. Something like this is likely to have a major impact on gameplay speed, and we’re looking for ‘fast’ as a default setting. Each game turn needs to take 5-10 minutes to run through so that a whole game (including setup) can happen in about 2 hours.

Do you have any other potential solutions to this problem?

Further to the previous post Faith in Morale I’ve tried to synthesize the varioius readings on military psychology into a set of morale rules that might give a realistic ebb and flow to an engagement. I’ve not had a chance to test these yet, but here’s what the chart looks like.

Reading through the various OR type publications it seems to me that morale is affected by proximity to both friends and the enemy. The closer solders get to the enemy the more they seem to do things other than follow orders. This is not really a surprise, but it’s nice to see the research back up the gut feel.

Where I can find hard numbers for things I have used them to construct the 2D morale chart. In some ways this is sort of arbitrary, the numbers aren’t comprehensive enough to complete it. I’ve taken distance from the enemy as one axis and propensity to fight as the other axis. Probability isn’t as straightforwards as counting the squares, as I’ve chosen to use a 2d6 roll on this chart. This tends the answer towards 7 and I have used the probabilty of a given result (or greater) as the method for putting the shading on the boxes. Where certain conditions make something more or less likely the difference from the probability of 7 or more is what I’ve used to decide whether the die modifier would be +/- 1, 2 or 3 (most end up as +/-1).

I’ll post up more of this, along with some ideas on how I expect it to work, in a later post. Broadly though each glob of troopsÂ will have a marker on the chart showing their current morale state. Each time morale is tested they will roll 2d6 and modify. Scores of 6-8 (about 45%) will remain unchanged. scores of 9-11 will improve morale and 12 will improve it and move the unit closer to the enemy (except for defenders in prepared positions). Scores of 4 or 5 will decrease morale, a 2 or 3 will decrease morale and cause the soldiers to give ground back to cover. 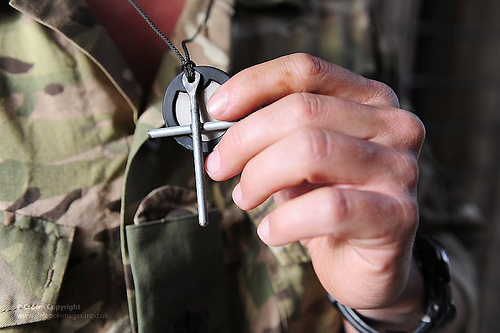