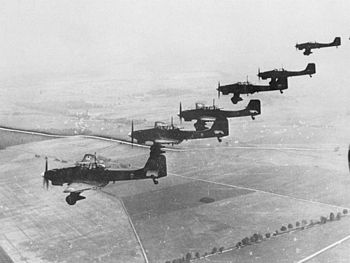 Next week’s megagame Don’t Panic is an alternative history megagame about the German Invasion of Britain in 1940. It’s a popular what if and makes an interesting game for us British because the playing area is familiar to us from our everyday lives. At least it is familiar if you live in the South East. The megagame handbook has the village I live in centred in the combat example. German panzers occupy Redhill, the nearest town.

So could a German Invasion of Britain in 1940 have worked?

The answer is yes provided the Germans could have kept the Royal Navy and the RAF away from their invasion fleet and also managed to find enough suitable craft for moving an army across the channel. They also need to be able to sustain the landed army and reinforce it faster than the British can send reinforcements to fight them.

Personally I think that this is too much of a tall order for the Germans. They have no real appreciation of naval warfare. Nor do they have any joint planning staff. What allows the Allies to launch successful amphibious assaults later in the war is a combination of joint planning and lots of practice on a small scale before they tried bigger stuff. Even then Dieppe shows how hard it is to assault a lightly defended small port with armour.

The Kriegsmarine is smaller than the RN home fleet by an order of magnitude. Even if the German capital ships break into the Atlantic for commerce raiding the RN still has sufficient destroyer and lighter craft to wreak havoc in the channel.

The other major issue that the Kriegsmarine have is that they don’t have the tradition and corporate memory of the Royal Navy. So their skill level is confined to submarines and small to medium surface fighting vessels.

They’ve got no assault landing capability and no naval air. They also don’t have the same expansion capability the army had. So there isn’t the manpower available to them to suddenly crew loads of invasion barges. Those last need to be taken up from trade, which will have a negative impact on the German economy. So the Kriegsmarine doesn’t have the capacity to support a German invasion of Britiain in 1940.

At best the Luftwaffe has parity with the RAF. However Britain is outbuilding the Germans in aircraft. As time passes the RAF grows in strength. Also lost RAF pilots tend to land in friendly territory and so get back in the air rapidly. Luftwaffe pilots tend to get lost in hostile space and become POWs.

The Luftwaffe is an asset in one way though. It exists to support the advance of the German Army. So if concentrated on that it can help the advance, however the liaison is in 1917 levels of planned support. It cannot be called off or amended once the planes are in the air. So only limited value in supporting a German invasion of Britiain in 1940.

The German Army is good, experienced and tested in both Poland and the West. So it should outclass the British Army man for man on average.  The better British units will be better than the average Germans. The key issue though is numbers, and logistics. The British will have the best of both of these.

So if the Luftwaffe do an excellent job and keep the RAF and the Royal Navy at bay then the Kriegsmarine could put the German Army ashore. Once ashore the most likely outcome is that after hard fighting in the South East the Germans get defeated once additional British reinforcements arrive. The Germans will have a slower build up and their supply situation will be poorer than the British.

The hope for the Germans is for a collapse of civilian or political morale in the week after the German invasion.  Any more than a week and the entire British Army will be against them. British military successes are likely to restore faith.

This is where the megagame Don’t Panic will be exploring the what if of the German invasion. I’m really looking forward to it.

6 thoughts on “Could there have been a German Invasion of Britain in 1940?”