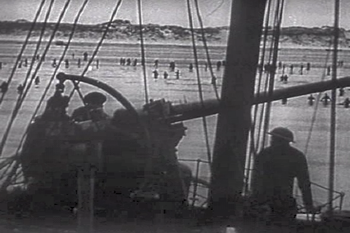 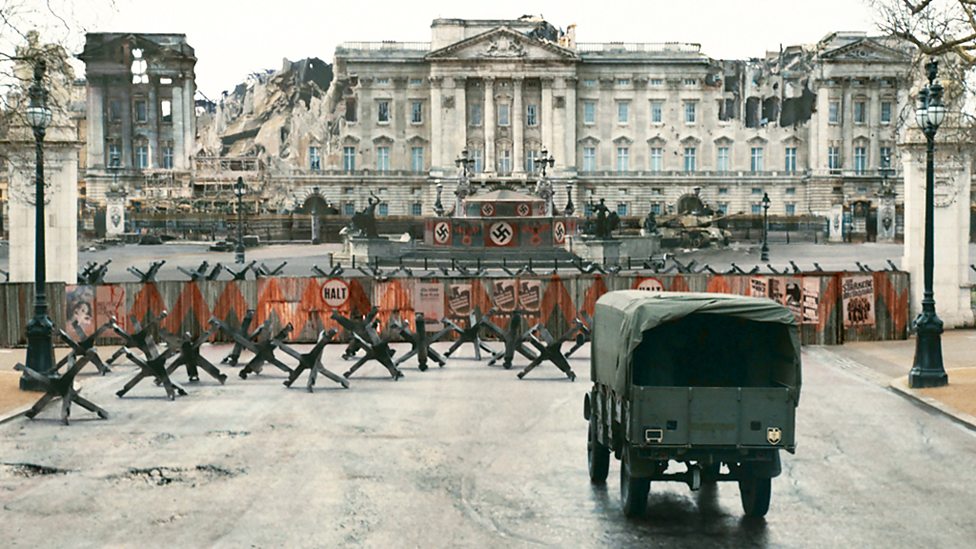 I watched the BBC Adaptation of Len Deighton’s SS-GB last night. I read the book a long time ago, it was probably one of the first alternative histories that I ever read. I’ve also enjoyed Young Lions by Andrew Mackay which is also set post-German Invasion of Britain.

SS-GB has a lot of elements that I enjoy. It’s an alternative history, it’s a police procedural, it has espionage/intelligence aspects and it’s set during WW2. It also has another element that fascinates me. When do you remain loyal and when should you change sides? I was always going to watch this programme.

The story is set in 1941, fourteen months after a successful German Invasion of Britain. In the opening shots we are treated to some odd sights, British landmarks draped in nazi red banners with black swastikas. This includes the houses of parliament and a bombed out Buckingham Palace. The first scene is a spitfire in RAF roundels flying low over Westminster and landing in the Mall. A BBC broadcast tells us that the last remaining spitfire is being given to the Soviets in a friendship pact. A British resistance fighter then steps out of a hut and shoots the German pilot before being taken prisoner.

Archer of the Yard

The main protagonist of SS-GB is Detective Superintendent Archer of the Metropolitan Police. A career police officer, with a degree in modern languages (and fluent German), he works under German direction in civil policing. We first see him relaxing with his mistress, a secretary from his own division.

Archer and his Sergeant are called to investigate a murder. The police cordon has a backdrop of nazi posters and german soldiers conducting a checkpoint sweep in the street. The victim has been shot, and clues are found at the scene. Archer suspects the victim’s home was a resistance safe house. While he looks out the window he spots a woman in pale pink leaving. She’s a stark contrast to the rest of the people we’ve seen, all in dark and drab colours.

Archer races out of the house in pursuit of the lady in pink. He spots her entering a cafe and follows her in. She is an American journalist from the New York Post. A little too highly connected for the dodgy underworld place the body was found.

With a clear black market connection to the German military Archer turns over the case to the Germans to deal with. Here we get a glimpse of the inter-service rivalries that plagued Nazi Germany. The case is claimed from the Luftwaffe (one of their men was the connection) by the SS (because of the resistance connection) and is then dropped back into Archer’s lap. This last is the cause for concern as an SS Colonel Dr Huth is sent from Himmler’s private office to oversee Archer and his investigation. This scares Archer’s german boss because he can’t see the internal politics.

Archer is a conflicted character. We see this in his interactions with the other British characters, including his Sergeant, his son and his erstwhile mistress/secretary.

Ostensibly Archer is working for the Germans. That’s certainly how many see it, he gets questioned that way by the press and also by several others during the course of the episode. His retort is that he works to uphold the law and there is nothing political in what he does, nor will there ever be. The murder investigation, or rather his political oversight by Huth, seems to erode that.

He isn’t a nazi. He’s clear at several points that he serves law. Where references to the resistance come up he largely ignores them. He doesn’t seem keen to turn them in, and doesn’t turn over all the evidence when he passes the case on to the Luftwaffe. One of the key scenes for this is when his son and the son of his housekeeper question him from the back of the car as he’s taking them to school. He shows that he is being careful in how he deals with the nazis, and that he expects them to go home one day. When they do he wants to restore things to how they used to be. He carries on with his day job because he thinks that’s the best way to achieve that.

On the other hand, Archer knows better than to openly defy the nazis. Those that do end up dead or deported. There are plenty of background clues about this. His dealings with the germans are correct and perfunctory. He answers the questions that he is asked with only enough detail to satisfy. He does what he is told to do.

I enjoyed the first episode. It was a good scene setter, and introduced the main characters well. I’ll be watching the rest of it to see if it lives up to the promise. It will also be interesting to see if the BBC have gone further than Deighton did, or if they’ve changed anything.

More on the official BBC programme pages for SS-GB

NB images used under fair use for illustrating the review, copyright remains with the original owners.