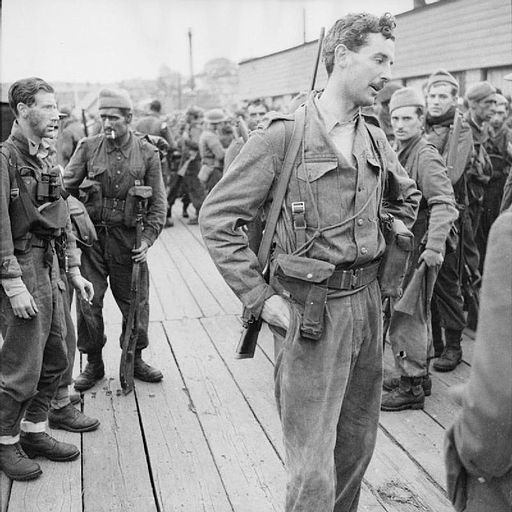 This is the fourthÂ part of my reviewÂ ofÂ The stress of battle: quantifying human performance in combat

Unlike small arms, the effectiveness of weapons used for anti-tank combat has changed considerably over the course of the mid-20th century. From non-specialist gunfire in WW1, to high velocity armour piercing in WW2 and then to Anti-Tank Guided Weapons in the Cold War period. This makes the operational research on anti-tank combat harder to do because the start point needs to be battles where only one kind of AT weapon is in action. Much of the analysis on anti-tank combat starts with the ‘Snipe’ action during the second battle of El Alamein in North Africa where data on each of the guns individually was available.

Overall it shows that the biggest single effect in anti-tank combat was down to leadership. Where gun crews are well lead then they are significantly more effective in battle. This is assuming that the guns in question can have some effect on the tanks that they are shooting at, which was the case in all of the battles examined (including a mix where the guns defended successfully with those where the gun lines were overrun by tanks).

This is the third part of my extended review of The Stress of Battle by David Rowland. It is such a strong piece of operational research that I thought that it would be useful for wargame designers (and players) to understand what the research evidence is for what went on in WW2 battles.

The data comes from an analysis of 120 battles that took place in woods or forests from the US Civil War to the Korean War. It also applied all the things from the previous research and tried to see how woods differed from combat in other types of terrain.

This is the second part of my review of The stress of battle: quantifying human performance in combat

Â by David Rowland, which is an essential piece of Operational Research on WW2 and Cold War combat operations.

For this part I thought that I would focus on the lessons on urban battles. Rowland and his team used historical analysis on lots of WW2 urban battles and then compared this to a series of field trials using laser attachments to small arms and tank main armaments in the late 1970s and early 1980s. Â The approach was toÂ find battles where single variables could be controlled, and then use them to work out what the effect of that variable was on outcomes.

Here’s an interesting table on how attacker casualties vary by odds and the density of defending machine guns. Interestingly, in successful assaults the defender casualties are constant.

The interesting thing for me is that training/experience counts for a lot, halving casualties. Also attacking with the conventional 3:1 odds for success increases the casualties that you suffer, without having any appreciable difference in those inflicted on the enemy (although it does make it more likely for succesful attacksÂ with untrained/inexperienced troops).

Adding armour support makes a huge difference too. Although tanks in urban areas are more vulnerable if they lose their infantry support. However with infantry they significantly reduce attacker casualties.

This another area covered. There is a general increase in attacker casualties by about 50% when defenders are in rubble or prepared defences. The primary effect of rubble though is to slow down rates of advance.

An interesting aside on this was the relative effectiveness of different types of German Infantry. Parachute troops and Panzergrenadiers were reckoned to be tougher opponents than normal infantry. However the analysis showed that the extra stubbornness was a factor of the higher than normal allocation of MGs to those troops. The rate of attacker casualties per defence MG wasn’t significantly different.

This particular work looks at a combination of field analysis experiments in the 1980s using lasers, well documented WW2 engagements and a handful of battles from other wars. Almost every page in it is packed with evidence or explanations of the complex methodology used to ensure that you could get controlled results from an otherwise messy and chaotic environment. If you are playing or designing wargames then this is one of the books that you absolutely must have on your book shelves (and have read too).

When I was reading the book I was often underlining or marking sections with post-it flags. In particular I drew the following interesting snippets from the book:

This is just a taster of what the book contains. Really worth reading. Not only that it is fantastically well illustrated with loads of graphs, diagrams and pictures from the field exercises to illustrate the points in the text.